This support group is lead by two people, Dan Pruitt and Darin Bush.

Daniel G. Pruitt, Jr., CPCC PCC SCAC, has, for eight years, been working as a professional coach at Parkaire Consultants, Inc. helping neurologically impaired adults obtain their goals.  He holds the Certified Co-Active Coach designation (CPCC) from the Coaches Training Institute (CTI), the Professional Certified Coach (PCC) from the International Coaching Federation (ICF), and Senior Certified ADD Coach (SCAC) from the Institute for the Advancement of ADD Coaching (IAAC). Dan has, for the past three years, been one of the four co-leaders of the ADD SIG on CTI’s Co-Active Network. Recently he has been a member of the Board of Directors of the Institute for the Advancement of ADD Coaching, (IAAC) working to establish credentialing standards for the ADD Coaching community.

He understands the difficulties of being a person with Attention Deficit Disorder because he has ADHD himself. He has been a presenter at international, national, regional and local conferences. 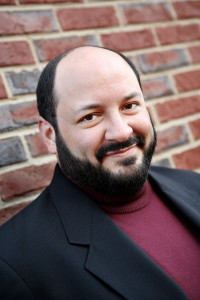 Darin M. Bush got his start in special education the old fashion way: the family business. Darin has several co-morbid genetic disorders, including TS, ADHD and OCD. He also qualifies for five other handicapping conditions that are not usual with these neurological disorders. They include sensory, handwriting and reading problems and a very strange language disorder that he loves to discuss.

On the upside his mother is Sheryl K. Pruitt, co-author of Teaching the Tiger,Tigers, Too, Challenging Kids, Challenged Teachers and founder of Parkaire Consultants, a clinic with expertise in treating learning disabilities (LD) and other neurological disorders. Darin worked full-time at Parkaire as an academic tutor for almost a decade, specializing in teaching math, science and computers to children with ADHD, OCD and LD. While working at Parkaire, he developed and taught a class for educators on teaching math to special education children.

During this time, Darin served on the board of directors for the Tourette Syndrome Association of Georgia. Darin led several peer support groups for adults with or parents of neurological disorders.

During its existence, his first TS support group-for adults-was the longest running group of its type in North America. He is pleased to say that this record has been broken many times.

Darin continues to be involved in the special education community. He lectures on the personal experience of neurological disorders and leads workshops using theatre improvisation tools to open up the discussion of TS. Recently, he published the book Tiger Trails: An Unconventional Introduction to Tourette’s syndrome. This book covers the first 90 minutes of the discussion of TS and its related disorders, with a friendly and sometimes humorous tone.

Darin’s crowning achievement, however, is his daughter who has symptoms of TS, OCD ADHD and LD just like her old man. She is a textbook example of all these disorders: sorting crayons by color at age three and ticcing a few days after her seventh birthday. Father and daughter are walking proof that education and self-awareness of neurological disorders greatly improve the quality of life for people with Tourette.